Benedict XVI, pope since 2005, during a mass at Basilica St. Peter of Rome, the 9th of February

The news surprised everyone because it was unexpected: Benedict XVI officially announced his resignation as pope, on the last Monday, which will come into force the next 28th of February, 8 p.m.

The pope, bishop of Rome renounces to his position, eight years after succeeding John-Paul II. His eight-year-pontificate was symbolized by his traditional vision and the influence of the Church in the world, as far as far lifestyle and individual behaviours are concerned for instance.

Benedict XVI’s resignation is not so surprising and is even logical insofar as the pope seemed to be more and more weaken. As head of the Catholic Church, the pope is supposed to give a modern and credible image of the catholic religion, which means a pope with a good health and physic conditions. Keeping Benedict XVI as pope was a more and more obvious issue regarding his condition although the problem has not been asked so far explicitly.

Stepping down, Joseph Ratzinger (the Benedict XVI’s civil name) made a personal choice and also a political act insofar as he wants to preserve the image of the credibility of the Catholic Church. We are far of the situation Vatican managed the agonic and difficult en of reign of his predecessor John-Paul II who did not hide the fact he was ill anymore and for which he was admired and strongly criticized both. 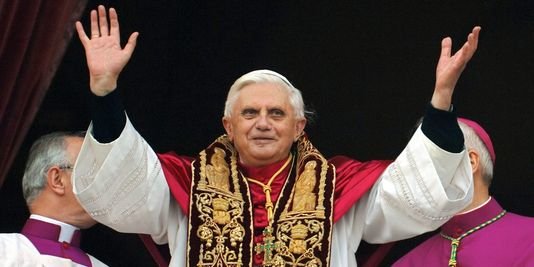 Benedict XVI, just after his election as Pope, the 19th of April, 2005

Benedict XVI, because of his personality and his distant nature, never succeeded to impose himself in comparison with John-Paul II. Moreover, the resigning pope considered himself as a transition-pope, just after his election in 2005. In fact, the next leaving of Benedict XVI gives a big opportunity for the Catholic Church to get into the XXI° century totally, being faithful to its principles. Indeed, the Benedict XVI’s point of views on the possibility for women to be priest, the use of condom to fight AIDS in Sub-Sahara Africa, paedophilia and the authorization of marriage for priests, harmed the Catholic Church insofar as the pope, (too much) faithful to his dogmatic position and tradition, seemed to be in discordance with the evolutions of our society and the Catholic community throughout the world. His different position damaged, in a certain way, the image and the credibility of the Church vis-à-vis the external world and even some believers. 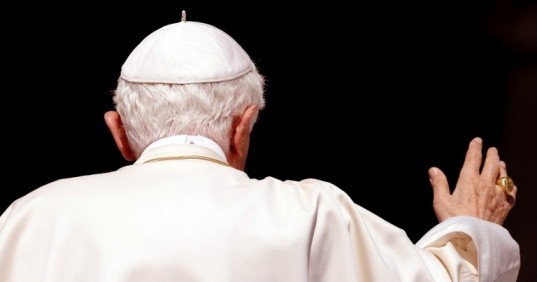 Consequently, the choice of the next pope will be undoubtedly very important, not to say essential for Vatican, especially if the Catholic Church wishes to play a major role and show it can be modern, open to the world and tolerant, respecting and affirming its principles both. For information, some names are evocated, some people hoping the next pope comes from a non-European country which would be the first time since two thousand years. Some people even are dreaming the next pope is young enough (that is say around sixty years ago), to impose himself and have the opportunity to propose and implement indispensable reforms for the Church, if it wants to be credible vis-à-vis the most progressive believers so desperate by such traditionalism. This is the main skate of the conclave which is going to elect the successor of Benedict XVI, on the next March.