The following text was written by Valentin Chaput, a French socialist and pro-European activist. He gives his point of view about the recent European Council on the 2014 – 2020 EU Budget, considering the future Multiannual financial framework does not give satisfying answers to the main and very important challenges the EU is confronted with, especially in the current context of the crisis. The draft budget also shows the powerless of the EU while it has to bring concrete solutions and concrete objective.

A point of view which was published for “Au Café de l’Europe” and the Valentin Chaput’s political blog, that I translated and I invite you to read. To read the original version, click here.

European integration supporters and opponents agree on one thing, at least: political Europe is not able to face with the nowadays challengers anymore.

The EU is trapped in three paradoxes: too economically heterogeneous, the Union is bogged down in a triangle of incompatibilities symbolized by the pursuit of objectives as necessary than contradictory: the reduction of the public spending, the boost of the growth and the effective fight against mass unemployment. Too taken root in the inter-governmental tradition, the Union is disunited as the EU issues as international ones. Too distant to deliver its message beyond the convicted group, the Union is powerless face to the come-back of nationalistic ideologies while the EU was designed as a political answer to nationalisms.

The 7th and 8th February 2013 European Council deal on the 2014 – 2020 Multiannual Financial Framework (MMF) is the latest symptom of a tugging Europe without any project. (National) media are looking for giving good and bad marks to leaders who were able to be inflexible or negotiate one more billion in exchange of the approval to the first EU budget reduction of the European integration history. This trick game maybe put forward some politician victories but provoked the 500 million European citizens’ defeat especially.

Up to 2020, the EU budget will be limited to 260 euro by year and by inhabitant. In comparison, the France’s budget is equivalent to 5,690 euro by year and by inhabitant, that is to say more twenty-two times. These figures are a modest technical value as the EU and national public policies missions diverge, but the symbol remains: EU has not the means of its ambitions anymore.

With a-1%-reduction of the EU wealth (largely below the 1.24% of the EU GDP ceiling in accordance with the treaties), the distribution of the EU budget is highlighting the inadequacy between what the EU concretely finances and what it is expected from it regarding the 50% increasing of the less than 25 years old youth unemployment during these last four years. In a Union more and more divided by territorial inequalities, the cohesion funds fell by 10% in comparison with the 2007 – 2013 financial Framework. Although increasing from 91 to 125 billion of Euros, the credits for the stimulation of growth, innovation and competitiveness are inferior at 15% of the EU budget. Finally, the still maintain of the UK rebate got by Magaret Thatcher in 1984 during the Fontainebleau European Council and the other exceptions given to the ones and the others ended to make official the failure of the EU institutions face to the Member-States demands.

Three (r)evolutions to get Europe out the current crisis.

1.      The European Parliament should reject the budget and demand the budgetary agenda be adapted to the EU political agenda. 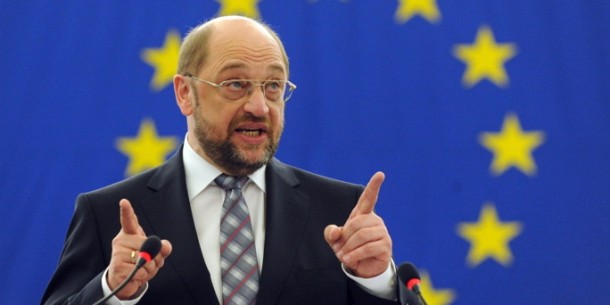 Just after the publishing of the 8th February European Council deal, the four main European Parliament group leaders (conservative, socialist, liberal and ecologist) declared they are rejecting the trade-off during the EP vote on the budget on the next July. May wish this trans-partisan agreement resist to the future pressures when the reluctant MEPs will be threaten to not be on the (national) list for the Spring 2014 European elections…

There budgetary agenda also put forward another important issue: this is the 2009 elected European Parliament who is deciding the 2014 – 2020 MMF. Does it not more coherent the Parliament who will be elected in 2014 decides on the budget putting its mandate priorities in the agenda? In the same idea, does it not more logical the definition of these priorities becomes a political skate of the next European elections, in order to demonstrate to the voters that they can change Europe thanks to their ballots? Revising the Lisbon Treaty even should not be needed, planning the financial framework “is established for at least five-year-period” (art. 312 TFEU)

2. The EU should increase its budget with new own resources to boost the grand projects policies. 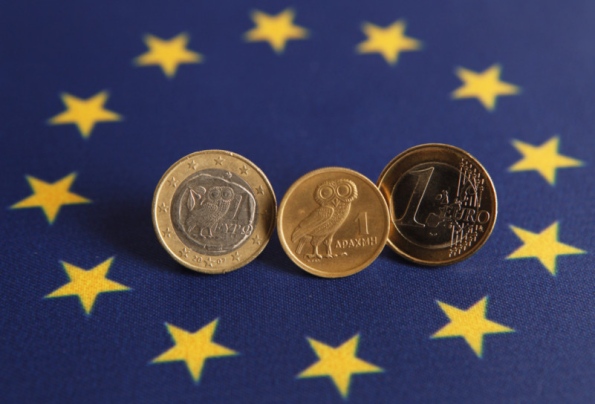 Throughout Europe, a debate might allow to deal with resources financing the EU budget. Currently, there exist four. Two dedicated on an economic activity of the Union: the custom tariff on the trade exchange with the other States, and the agricultural importations and exportations, very important in the past but quasi-marginal nowadays. Two other resources are direct contributions of Member-States: the VAT resource applying a harmonized rate on the added value perceived by the States but presenting behind this apparent equality a incalculable number of biases, and the Gross National Income (GNI) introduced by the Delors One Package in 1988 and allowing to balance the EU budget by the application of a identical rate for gross national revenues of States. 85% of the EU budget is financed by the VAT and GNI resources and consequently, the “own resources” expression – meaning they belong to the EU and not the Member States – is excessive.

Nonetheless, the Member-States are, for a quasi-totality, with a heavy debt burden, they have to implement drastic reductions in their public spending. Even, they really wished, they would not be able to finance the EU budget from the national contributions an unlimited way anymore. Consequently, the unique possibility to increase the budget without put EU into debt vis-à-vis the financial markets is to think about new own resources, independent of the national public finances. There exist many alternatives (financial transactions taxes, ecologic tax at the borders of the Union, tax on telecommunications or on the Internet access suppliers, etc.) and the outputs of a EU tax are potentially massive. Other advantage: this perspective should allow getting out the opposition between the net contributors States for the EU Budget and States which contributions are financed without real counterpart.

3. The next treaty should continue the democratization of EU institutions and reduce the inter-governmental mechanisms’ influence. 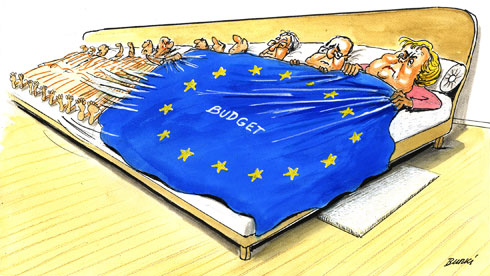 The creation of a European tax system voted by the European Parliament would be a determinant step of the European political integration and the reinforcement of the EU citizenship because the vote of budget is narrowly linked to the advent of the Western representative democracy. Other advisable progress is in the same motion: the pursuit of the rebalancing of powers in favour of the European Union, the only institution directly elected by the EU citizens, the creation of a second chamber representing the Member States and reducing the European Council’s influence, inter-governmental body often taken in hostage by the States – especially by United Kingdom – which does not want a in-depth political Europe, the affirmation of trans-national parties choosing their candidate for the European Commission leadership, before he or she was directly elected by the European people finally.

The generation who is currently ruling us, is thinking at a short-term too much. If she has the political bravery to lead these reforms, she would resolve the three paradoxes in which the Union is trapped. Creating one (or several) new resources, Europe might get out the spiral of austerity and finance new adjustment policies for its most fragile populations and regions without questioning the grand projects in the framework of industrial policy, support to innovation and completion of important networks which will make a economy of the competitive knowledge in the future. Reinforcing the European Parliament and pursing the institutional reforms, Europe would go forward harmonizing its fiscal, social and diplomatic policies without having a clash with national interests in permanence. Fixing a new horizon to reach, Europe would favour a higher interest within its population and would face to the challenges it is confronted with.