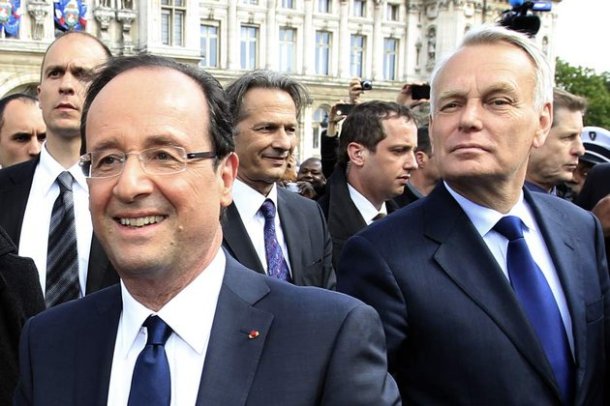 Cahuzac Scandal is still making waves and important damages in France. Thus, Radio-Television Suisse (RTS) broadcaster revealed former Budget minister would have attempted to transfer not 600,000 euro but 15 million in a Geneva bank, a scoop immediately denied by his lawyer.

Some representatives and executives more and more blatantly are in favour an important cabinet reshuffle. Some names are put forward as Louis Gallois, former EADS and SNCF (French public national railways) executive director, Pascal Lamy, World Trade Organization managing director or François Bayrou, the centrist Modem party leader, ready to join the French cabinet under conditions. Although it is still an hypothesis, the idea of reshuffling is growing more and more insofar as it would allow the French President and its Prime minister retaking initiative and getting out Cahuzac Affair.

Indeed, a cabinet reshuffle would allow, according to some obsevers, François Hollande and Jean-Marc Ayrault reaffirming their authority at the moment a large part of French people is wondering on the capacity of the French president to impose (himself) and draw a new direction for France. The idea is naturally back by the centre-right opposition but also by some representatives within the ruling majority. What is more, a recent opinion survey says 60% of Frenchs are in favour a reshuffled cabinet, which reinforces and confirms this possibility. For the French leader, reshuffling might be the occasion to give a new direction to its political strategy for France being a rallying person around his presidential manifesto he defended during the 2012 election.

Nonetheless, a cabinet reshuffle is not without risks politically speaking insofar as sacked people might consider they are suspected. Some ministers are clearly targeted as Pierre Moscovici, Economy and Finances Minister and Cahuzac’s supervisor minister. In the framework of Cahuzac Affair and the ex-minister’s resounding confessions, reshuffling the Ayrault cabinet would be understood as a sign of weakness for François Hollande who will have given in under the pressure of the opposition and the opinion especially if there is no roadmap clearly defined by him or his Prime minister (if it is still Jean-Marc Ayrault). What is more, a French cabinet is traditionally reshuffled in the perspective or just after important electoral campaigns as in 2000 (just before the 2001 local elections) or on November 2010 (just before the 2012 presidential and parliamentary elections) for instance.

Thus, although more and more French people are seduced and support this idea, a cabinet reshuffle is quite hazardous for François Hollande especially in the Cahuzac Affair context all the more so as it might be considered by some people as a diversion, politically speaking, as the moment French are still waiting for concrete and tangible results. Nonetheless, the Cahuzac Affair should be the occasion for the French president to get out upwards and reaffirm his authority definitively, what he started to do during his TV allocution on the last Friday. To do this, Hollande has to show he has authority and is a rallying person – thanks to his position – but also acts as a lord of war, which supposes a clear and defined strategy in the fight against unemployment, public deficits and regarding moralization of politics. In other words, Hollande has to strike quick and hard if he wants to remain credible.