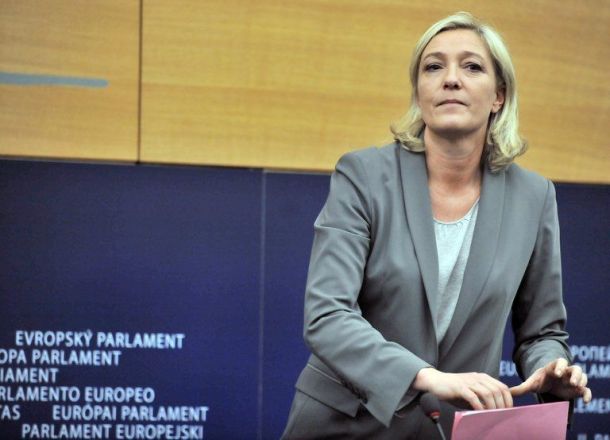 The French Front national did not lose its time to react after the Clément Méric deadly assault, this 19-year-old student, beaten by a skinheads group, yesterday evening in the centre-west of Paris. According to Marine Le Pen, MEP and Front national leader, this is an inadmissible act, an argument used by Florian Philippot, vice-president, underlining his party has no implication or link with these groups.

The main far-right party was expected due to the big emotion which followed and quickly, the FN showed his indignation and took its distances with the far-right small groups, responsible for the death of the young man. This is very important for this party which wishes to appear as a republican and (especially) respectable movement towards Frenchs, to disarm the probable controversy about the relations between the FN and some fascist groups operating in France as Civitas, Jeunesses Identitaires or Jeunesses nationalistes révolutionnaires, for instance.

But although Marine Le Pen shows her indignation and emotion, it is needed to remind the current representative is very select regarding her indignation. Indeed, it is not the first time some far-right or ultra-right movements or people claiming more or less explicitly their membership attack other people defending other ideas. On July 2011, Anders Breivik did not hesitate to shoot down a hundred of Norwegian young socialist and social-democrats activists during their summer camp at Utoya Island. This tragedy upset Norway and the rest of the world but I did not hear Marine Le Pen expressing her indignation or a condemnation.

I also did not hear the FN leader condemning Civitas’ streets prayers in the front of the French Sentate during the debate regarding to the equal marriage law. While Marine Le Pen always tackles radical Islamists groups streets prayers, the incumbent MEP is, on the contrary, quite silent when some extremist groups violate secular and republican principles, that Marine Le Pen pretends to defend, with no impunity.

Far-right radical groups, parading the 1st of May during the traditional FN’s celebration of Joan of Arc

So, Marine Le Pen’s attitude, regarding the attack then the dead of Clément Méric, should be explained more by a political interest than a real compassion for the victim and his family. The Front national wants to appear as “republican”, “patriot”, “popular” party, following its strategy of “dédiabolisation”, that is to say, giving a more positive and republican image and reputation of this party. This strategy is very important insofar as the FN wants to conquest the power, being inevitable in the French right and attracting a popular electorate more indifferent to racists, xenophobic or anti-Semitic theories, which supposes a net and clear breaking up with radical and extremist groups.

Nonetheless, Clément Méric’s death reminds us the French Front national is still blurry regarding his relations with such groups which paraded the last 1st of May during the traditional FN’s celebration of Joan of Arc. Marine Le Pen and Florian Philippot may still explain their movement has nothing to do with these people (it’s maybe true), it is however clear the tragedy deeply questions the “dédiabolisation” implemented by Marine Le Pen, to give another image and reputation to her political movement.