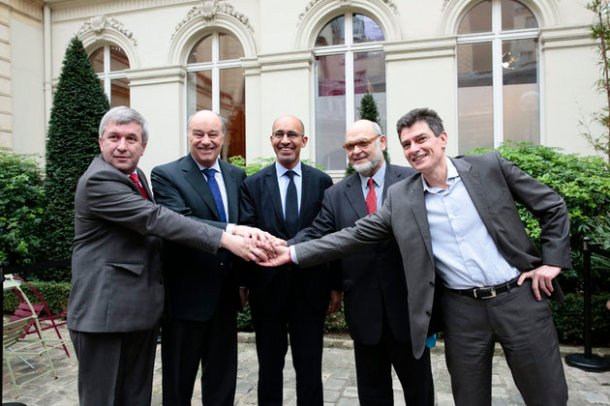 François Hollande received, on the last Monday, for diner the leaders of his presidential majority including the Ecologists, the Left Radical Party (PRG), the Left Republicans (MRC) and the Unitary Progressives (MUP)

This dinner was dealt with by political analysts and journalists considering the French president gave up one of his commitments once again. On May 2012, he declared, during the presidential debate face to Nicolas Sarkozy, he won’t be the leader of the ruling majority.

Although the comparison with the former head of State is seducing, it is not really relevant. Indeed, Nicolas Sarkozy did not receive the members of the majority only, he behaved as the leader, meddling in the UMP internal affairs. Nicolas Sarkozy liked to remind, in these weekly meetings with the UMP representatives, he was the leader of the parliamentary Left and as long as he was at power, he would follow the evolution of his party and would intervene in.

François Hollande is not in the same situation insofar as he never received the two parliamentary leaders groups (François Rebsamen for the Senate, Bruno Le Roux for the National Assembly) and he wants to be outside the French Socialist Party internal affairs, as his allies’. Contrary to Nicolas Sarkozy, Hollande wants to be above the political parties, being faithful to an conception of the current political regime – the V° Republic – initiated by General de Gaulle.

Nonetheless, the evolution of the V° Republic and the French democracy are forcing the French president to remain actor inside the political game, and the situation has been reinforced with the “quinquennat” (five-year-mandate). Respecting his prerogatives and his constitutional powers, the French leader permanently must remind he is the leader of the ruling majority, in the sense he is the guarantor. François Hollande, whatever he wants or not, is responsible for the ruling majority and its unity, he has to bring its main components together especially when the next municipal elections are coming or some are more and more rebelling. The French Prime minister should play and assume this political role, which supposes an authority but Jean-Marc Ayrault has difficulty to put forward. 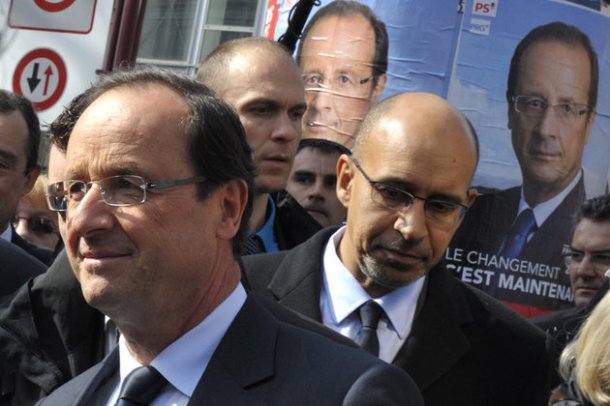 In fact, receiving the main political leaders of the ruling majority, François Hollande is still in his role, being aware he needs a solid and united majority at the moment French people is more and more sceptical about his policy and his strategy. As Olivier Picard, political columnist for Le Plus (the Nouvel Observateur citizen web), the French president has no other solutions than getting his hands dirty, that means uniting his majority and make discipline. The Greens’ attitude, the PRG’s demands but also the First secretary Harlem Désir’s very strong weakness inside the PS, are objective reasons for François Hollande to get more involved in the political game and being as the president of all the Frenchs both, which Nicolas Sarkozy was really unable to do, due to his temperament.

So, the Elysee dinner had finally one objective for Hollande: reaffirming himself within the ruling majority and respecting the particularity of the partners, a way to be seen as the guarantor and the central pillar. As he keeps reminding, the success as the failure of his policy and his strategy for France will depend on the (responsible or not) of the French left main components. In other words, a clarification was needed.