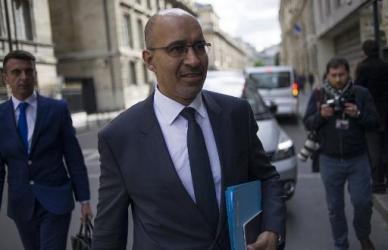 What a crazy week at Solferino (the PS national headquarters) and inside the French government. On this Tuesday, new junior ministers were appointed to join the Valls government. If some appointments have been welcomed (for instance Fleur Pellerin staying as International Trade junior minister and Axelle Lemaire as Digital junior minister), others have been controversial as Genevieve Fioraso’s one and Harlem Désir’s one, in charge of European Affairs, and who leaves the PS leadership consequently.

Some people requested a strict application of the Parti socialiste internal rules planning the number 2 of the organisation is in charge of the interim till the implementation of a new congress while others wish the activists take part to the process, if Jean-Christophe Cambadélis (current PES vice-president and MP of Paris) takes the leadership of Parti socialiste. He recently was in favour, according an interview for the RTL radio station.

The recent appointment of Harlem Désir and the disorder created consequently inside the Parti socialiste puts forward a still burning issue for this party: is it sill a party of activists?

Burning issue for a moment, the question is still relevant since the French socialists were hugely defeated at the municipal elections and activists are traumatised by the outcomes. Some of them took the opportunity to express what they felt for a national board and some local groups (called “federations”) they have the impression to be not understood or heard. At this point, some socialist representatives even express some doubts, not to say concerns regarding the exact role the party should have when it gets the power: should it be in charge of the government after-sales service and should it remain in touch with the French society, a leading force for proposals, thanks to its activists?

To my mind, and as PS activist since my 18, it seems obvious the French socialist party is still faced with a real dilemma that has a real and deep impact on the internal organisation of the party and the relationship between representatives and activists. The seconds are only at the disposal of the firsts or are they the eyes and the ears of the firsts to help them to make the right decision in the interest of the community? As Claude Dilain, former suburb mayor and current senator of Seine-Saint-Denis, some representatives regret the French socialist party is more and more away its original identity due to the role and the influence of the representatives in the great displeasure of the activists, that creates a unbalance between these two main components of the party.

The recent elections and the turmoil provoked by the Désir’s resignation for the government might finally be a big opportunity for Parti socialiste, regarding its political nature and its consideration for the activists. Thus, maybe the critics vis-à-vis the former PS first secretary would have been less hard as the outcome of the previous local elections.